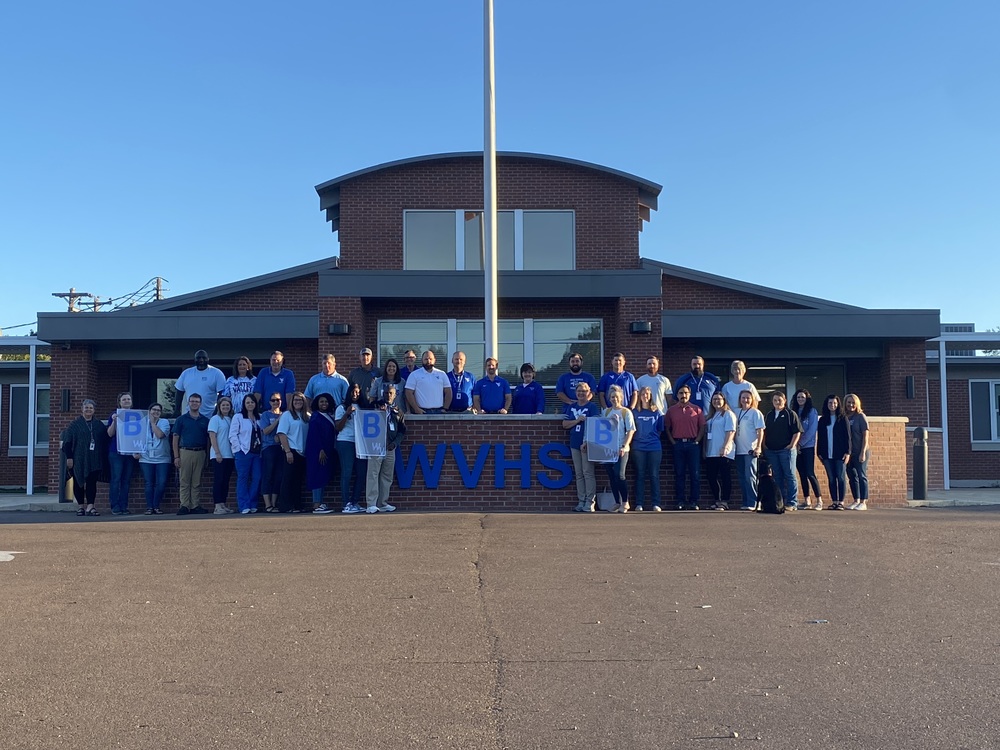 WATER VALLEY – Mayor Donald Gray best summed up the news after the Mississippi Department of Education (MDE) released accountability grades for school districts across the state on Tuesday.

“This is big,” the mayor said.

The Water Valley School District earned a B-Rating, meaning a high performing district, for the 2021-2022 year. The B is the highest rating the district has received since the state changed to the A-F accountability model in 2014. That first year the district had a D-rating, the assessment from the 2013-2014 school year. The district rating improved to a C the following year and remained there until the 2018-2019 school year when it dropped back to a D.

Gray has served as mayor since 2018 and noted that for years he has been told that more growth will come for Water Valley if the school district rating improves to a B.

“We have a good school system, but everybody looks at the ratings,” Gray acknowledged. “Now we are there, and I believe we will see growth in the community.”

Water Valley Superintendent Jerry Williams also cites growth – student growth – as the propelling factor for the improvements as both the Water Valley School District and Davidson Elementary School increased by a letter grade in addition to the district’s bump to a B. The superintendent reported the 702 points earned by Water Valley High School during the 2021-2022 school year pushed the school from a C to a B; the 354 points for Davidson Elementary School pushed it from a D, and only three points from a F, to a C; and the 632 district-wide points raised the district rating from a D to a B.

“It has been exciting to see the reaction, both in the community and from the teachers,” Williams reported about the big news. “We have teachers who have been here for years and were told we would never be a B district. And we are not done.”

“People told me that we would never be a B when I came here. I heard that time and time again,” Pitcock explained. Pitcock is starting his eighth year as principal, coming onboard when the high school was rated a D school. He contributes the success to a strong, collaborative effort.

“This has been a labor of love, it doesn’t happen by accident, it doesn’t happen without everybody pushing in the same direction,” Pitcock said. “This starts in the morning when the students get on the bus and see the smiling face of the bus driver,” he explained. “They get here and have a nice hot meal from our food service workers. Our custodial staff has this place looking like the Taj Mahal, warm and inviting. Help from the district office staff, our staff here and our counselors. Of course the rubber hits the road in education inside the classroom every day with the interaction between teachers and students. We have the best teachers anywhere,” Pitcock said.

The principal is also confident that the score is an accurate measurement for the students’ achievement, but he points to an even bigger picture.

“I think it is a direct reflection of what they receive at the high school, but there is more to talk about.  Not only have they received a high-quality, world-class instruction, but they also have educators here with them who have taken time to really develop relationships with these students. To really, really focus not only on their academic performance, but also their mental, physical and emotional well-being. That is huge,” Pitcock said.

The ratings released Tuesday mark the first since the pandemic, meaning schools have not received new grades since the 2018-2019 school year. That delay has been frustrating for DES Principal James Watson who is in his fifth year as an administrator at the school.

“The D weighed heavy on all us, just knowing that we were a D and then being stuck in that position the following two years,” Watson said. “Now this is a breath of fresh air.”

Watson credits the hard work of the teachers for the success. He explained that data drives individualized instruction for each student as administrators and teachers are constantly reviewing numbers from assessments.

“This says a lot about the hard work the teachers and everybody who has poured into the school and the students,” Watson added.

“I think you can see it when you walk down the halls,” Sullivant said about the boost of confidence for teachers. “You can hear it in the classrooms, you can see it on their faces. They were definitely determined and while we are here to support them, they were the driving force for the change. We had some very, very determined teachers. They wanted everyone else to see what they already knew and believed.”

“I am excited about what is to come, I see so much success in our future. We have the right people in place and I really see us becoming an A school,” Watson added.

Both high school principals point to the resilience of teachers and students during the Covid years.

“We not only survived Covid, but we thrived. That doesn’t happen by accident, that is the staff and teachers getting it done,” Pitcock said.

• Water Valley High School includes grades 7 - 12, and the 702 is a combined score taken from grades 9 -12 and grades 7 - 8.  The high school score without junior high is a 714, higher than most high schools in neighboring counties.