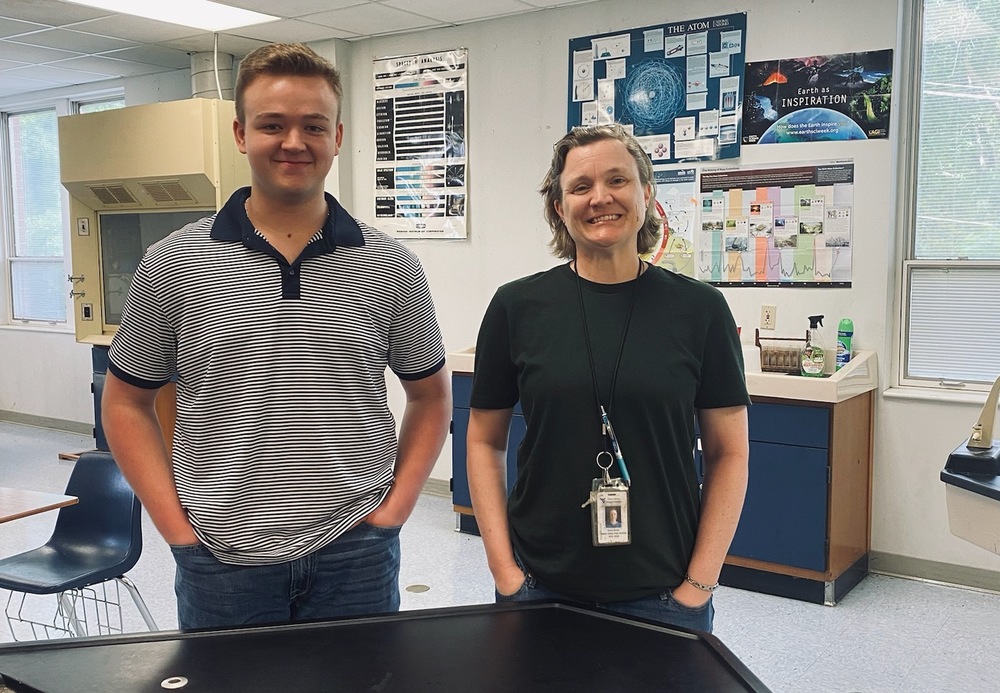 With a composite score of 30, Matthew Scott Hamilton was named STAR STUDENT for Water Valley High School Class of 2022. His super score was 31. In order to receive this honor, the student must have an ACT score of 25 or higher and an overall cumulative GPA of 93.

Scott is the son of Jeff and Chrystee Hamilton and will enter the Mississippi State University in the fall majoring in electrical engineering. Scott loves math and science and especially physics, which is one of the reasons he chose Anna Smith as his STAR TEACHER. The teacher should be one of the student’s former elementary or secondary classroom teachers (current, former, or retired). The teacher selected, in the STAR Student’s opinion, had the greatest contribution to their academic achievement.

Mrs. Smith has been a teacher at Water Valley High School for twenty-one (21) years and chosen as STAR TEACHER five (5) times. Scott stated, “Mrs. Smith is always actively involved in teaching us, but we had to put the necessary work in as well. She assigned labs that allowed us to put what we learned into work and challenged us. I love to be challenged, and her class did that more than any class I’ve ever taken. I even changed majors as the result of her AP Physics class.”

Smith states in regards to Hamilton, “Scott is one of the brightest students I have taught, with the ability to seemingly effortlessly comprehend material.  I will miss having him in class.  And I will try to not hold the fact he is attending Mississippi State against him.  I wish him the best in all he does.”

Scott will graduate with honors and as class valedictorian on Thursday, May 26, 2022, alongside his classmates. The graduation ceremony will begin at 7:00 P.M. at Bobby Clark Field.

The Water Valley School District is extremely proud of Scott and his accomplishments.